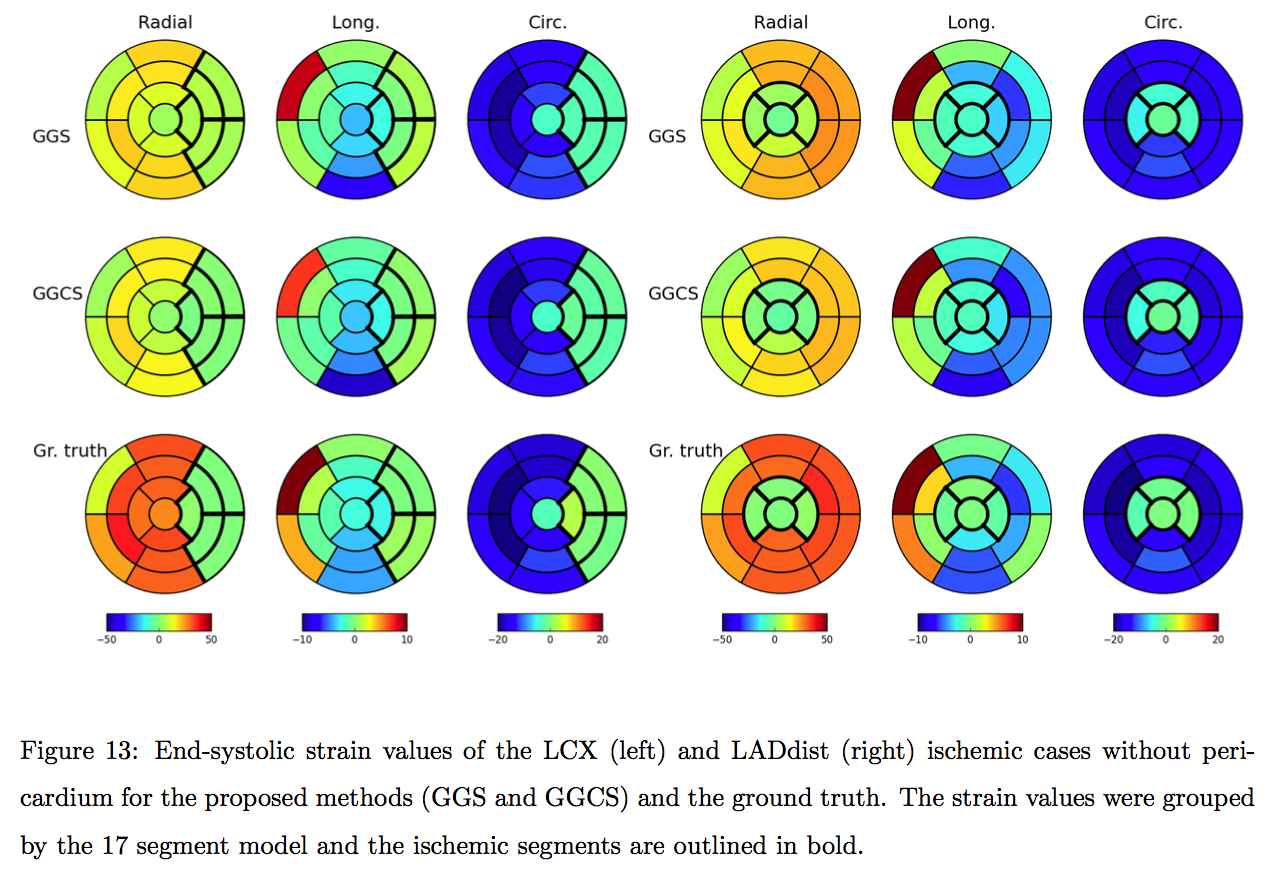 Purpose: This paper proposes a new maximum likelihood approach for speckle tracking which effectively characterizes speckle of the final B-mode image. Its formulation provides a diffeomorphic scheme than can be efficiently optimized with a second-order method. The novelty of the method is threefold: First, the statistical characterization of speckle generalizes conventional speckle models (Rayleigh, Nakagami and Gamma) to a more versatile model for real data. Second, the formulation includes local correlation to increase the efficiency of frame-to-frame speckle tracking.
Third, a probabilistic myocardial tissue characterization is used to automatically identify more reliable myocardial motions.

Methods: The proposed method is intentionally designed to measure the strain and strain rate by identifying reliable myocardial motions and by taking into account the US images acquisition and formation. The inclusion of the temporal correlation between consecutive frames can be included within the statistical model by means of the relationship of a Bivariate Generalized Gamma, whose joint distribution presents a correlation factor that must be estimated. This fact substantially entangles the parameter estimation of the statistical model, however this difficulty can be efficiently avoided, as we explain in the paper, by the application of a Generalized Gamma mixture model jointly with a local estimation of the correlation coefficient. The use of mixture models not only leads to an efficient estimation of the temporal correlation, but also provides important information to identify  more reliable myocardial motions, improving the performance of the method on measuring the strain and strain rate.

Conclusions: Unlike previous maximum likelihood approaches, our method proposes a more realistic speckle model with the inclusion of an adaptive temporal correlation between consecutive frames. Also, we provide a formulation that generalizes conventional speckle models (Rayleigh, Nakagami and Gamma) into one more versatile and adaptable model for real data. This approach makes use of a probabilistic myocardial tissue characterization to distinguish between more  and less reliable myocardial motion; a bivariate Generalized Gamma speckle model to provide a more realistic speckle model, which considers temporal correlation between frames; and a maximum likelihood methodology to provide a diffeomorphic motion estimation implemented in an efficient demons-like formulation, which allows to perform the registration before and after log-compression.