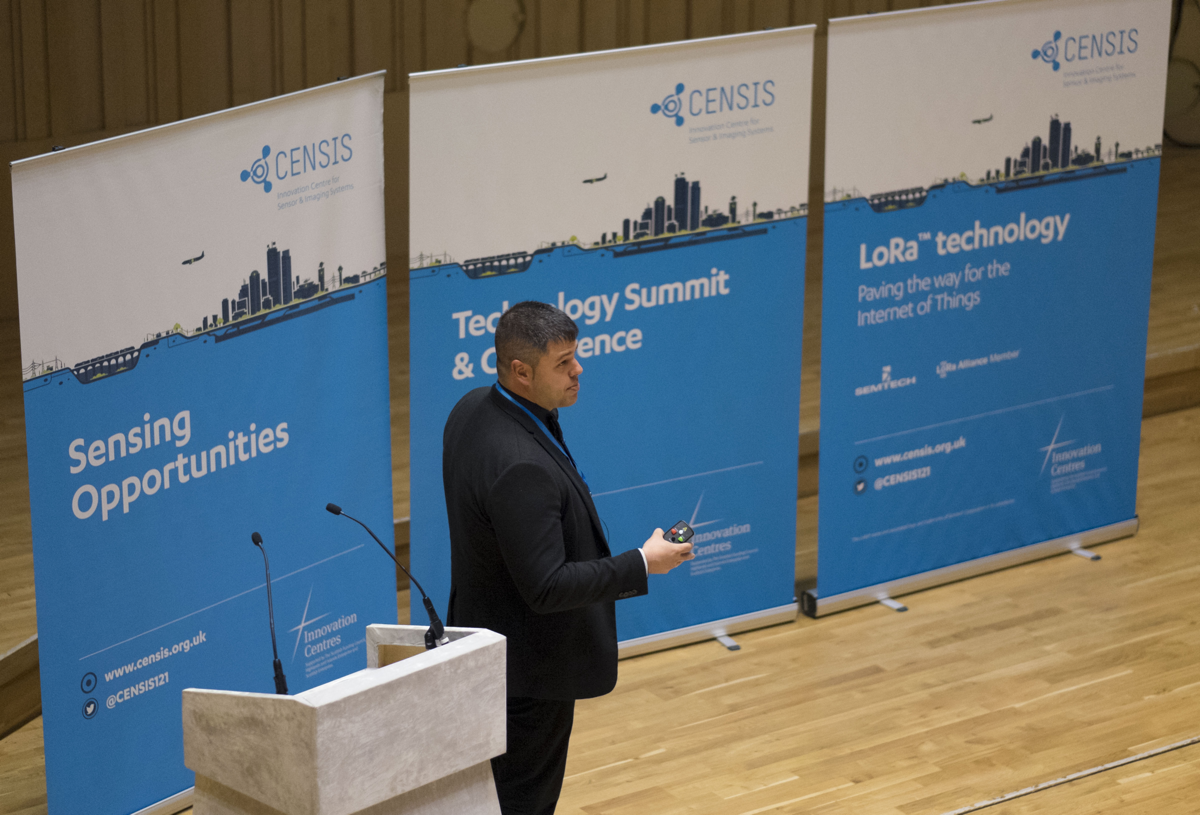 Dr. Pablo Casaseca (LPI-UVA) and Dr. Barry Connor (Thales UK), presented the collaborative industry-academic project “Thales AALART. Low-pixel automatic target detection and recognition” at the Glasgow Royal Concert Hall, where the CENSIS 4th Technology Summit took part on 02/11/2017.  Dr. Casaseca, who led this project during his academic appointment at the University of the West of Scotland (UWS) said: “I am delighted of having been invited to this year’s CENSIS Tech Summit. This conference is becoming increasingly important and has attracted close to 500 attendants from industry and academia in this 4th edition”. The Thales-UWS AALART project was presented as an example of successful collaboration between industry and academia brokered by CENSIS. The outputs of the project consisted on a demonstrated proof of concept of a low signature object detector/recognizer for thermal imaging and related publications. The project resulted on a follow-on PhD scholarship jointly funded by CENSIS, Thales, and UWS, and 2 newly created job posts at Thales UK to expand their artificial intelligence area. This project is one of the main foundations of the currently existing collaborations involving LPI-UVA, UWS, and different UK companies.