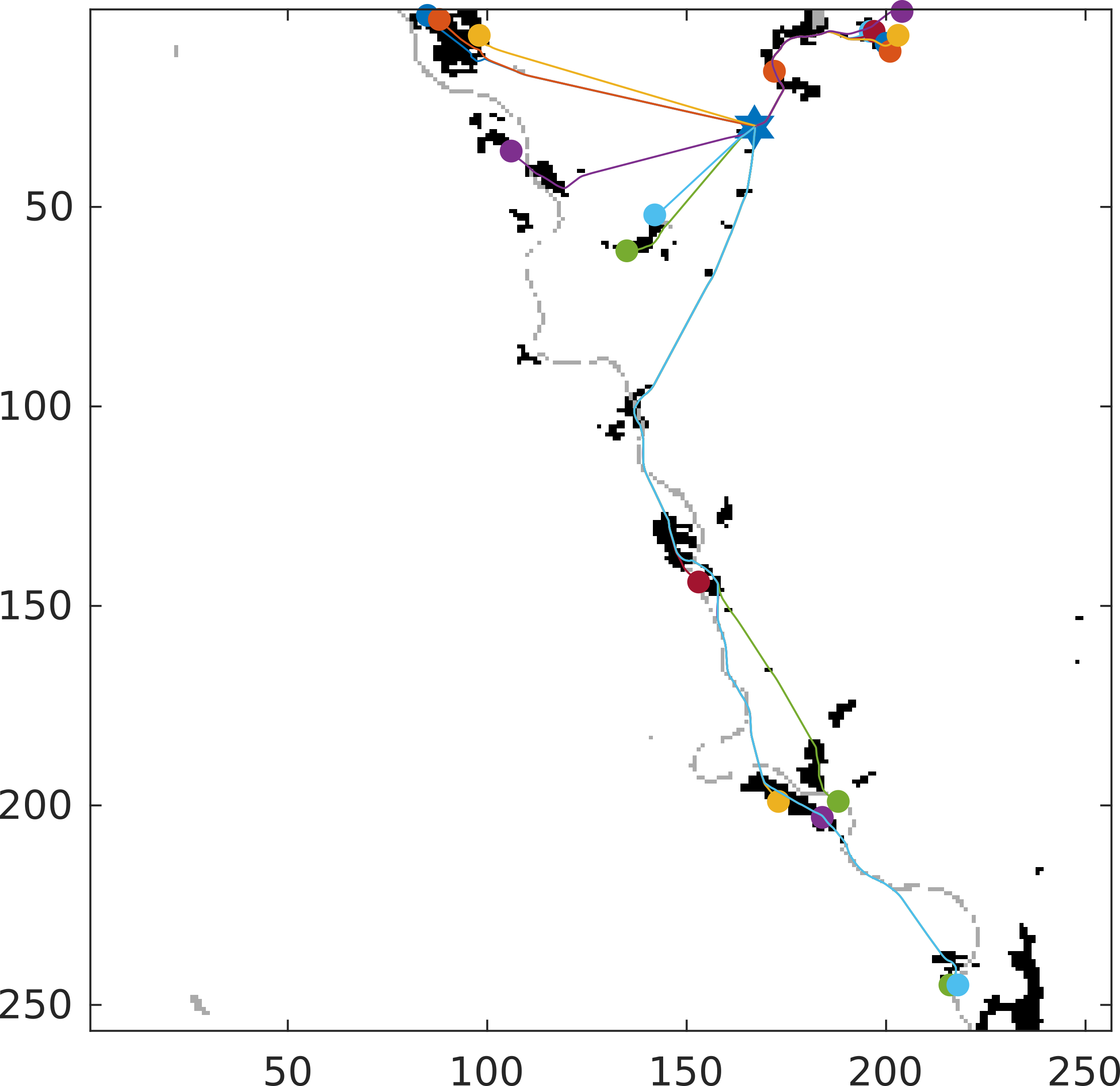 A paper entitled "A Second Order Multi-Stencil Fast Marching Method With a Non-Constant Local Cost Model" has been recently published in the IEEE Transactions on Image Processing. The proposed scheme has been applied to optimal course planning of an unmanned aerial vehicle (UAV) in a flooding episode, and achieves better tradeoff between the distance travelled by the UAV and the amount of visited flooded land than previous state-of-the-art schemes of the Fast Marching method.

The fast marching method is widely employed in several fields of image processing. Some years ago a multi-stencil version (MSFM) was introduced to improve its accuracy by solving the equation for a set of stencils and choosing the best solution at each considered node. The following work proposes a modified numerical scheme for MSFM to take into account the variation of the local cost, which has proven to be second order. The influence of the stencil set choice on the algorithm outcome with respect to stencil orthogonality and axis swapping is also explored, where stencils are taken from neighborhoods of varying radius. The experimental results show that the proposed schemes improve the accuracy of their original counterparts, and that the use of permutation-invariant stencil sets provides robustness against shifted vector coordinates in the stencil set.